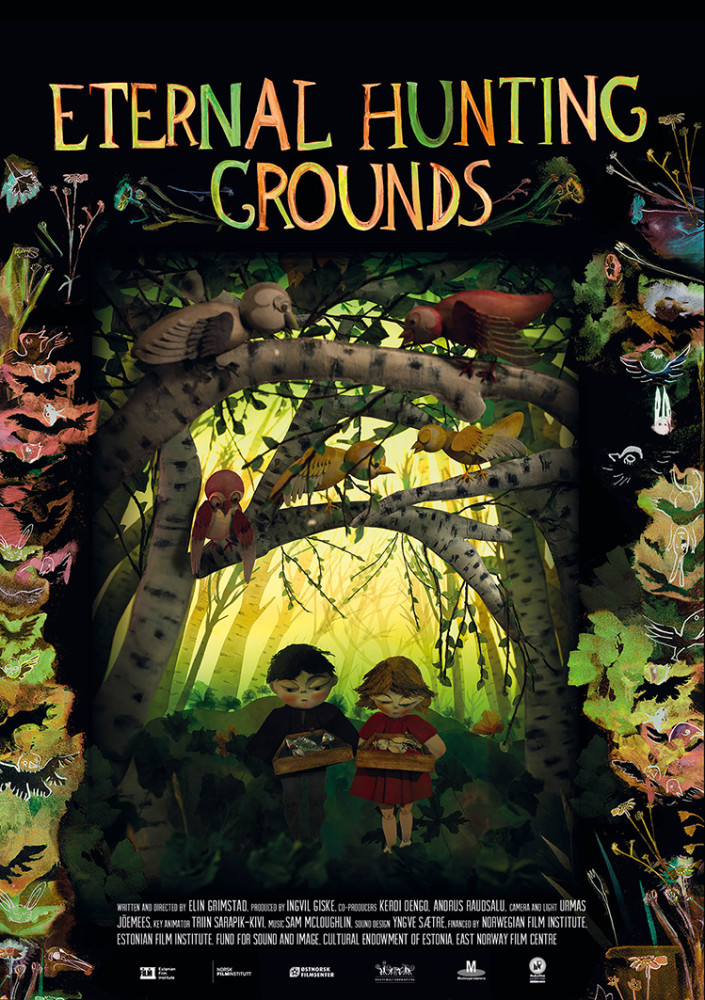 is an animated short film directed by Elin Grimstad. The film was produced at the traditional puppet film studio Nukufilm in Tallinn, Estonia. The film was shot on a multiplane animation table, with 5-10 layers of glass planes set at different heights. The technique used was stop-motion animation using cut-out and replacement techniques. The puppets and props are placed horizontally on the glass. A camera is suspended over the table, aimed down at work. Eternal Hunting Grounds is a Norwegian/ Estonian co-production.
In 2016 Eternal Hunting Grounds won the prestigious Golden Dove award 2016 for best animated shortfilm at Leipzig DOK International Filmfestival, as well as a Special Mention Award at Leeds International Film Festival. The film was one of 63 films worldwide on the list for Oscar award qualifying films in 2018.
Eternal Hunting Grounds is a Norwegian/Estonian co-production, funded by the Norwegian Film Institute, and the Estonian Film Foundation.

It´s has been an incredible process, full of details, challenges and tricks.
Here you get an insight into how it was made! 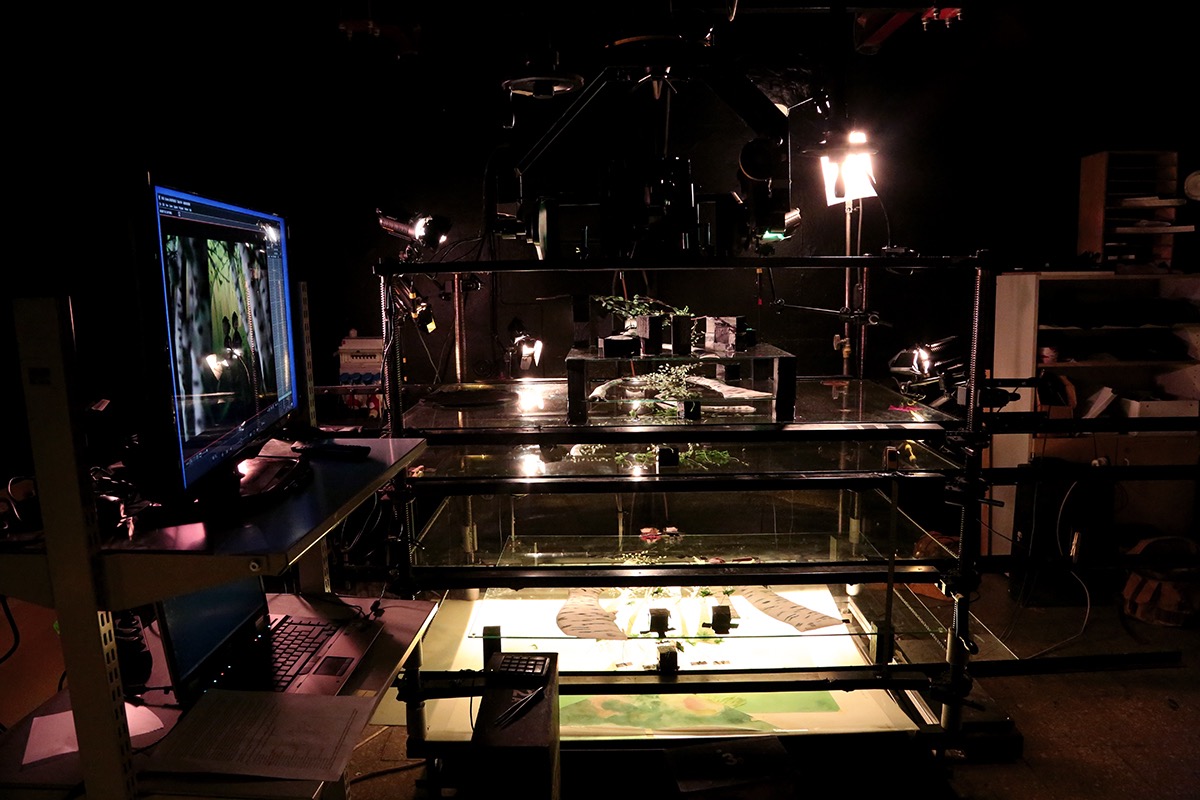 Two children play on an island, in an open coastal landscape. Their imagination is only limited by the horizon, which is endless. They have a game they love to play: to search under stones, on the beach, in the mud, and in the fields to look for dead animals. Once they collect enough animals, they bring them to a self-made graveyard. Here, the children bury them, decorate graves, sing songs and recite poems. The cadavers are like treasures to the children. They come alive again – they rise in the “Eternal Hunting Grounds”. Their thoughts about the animal paradise are magical and real.
The hunter also lives on the island; he kills the animals the children find. The children collect them and turn the hunters cruel actions into something good.  One day the hunter shoots a heron. This bird is bigger and more beautiful than any other animal they have found. Suddenly their game change. 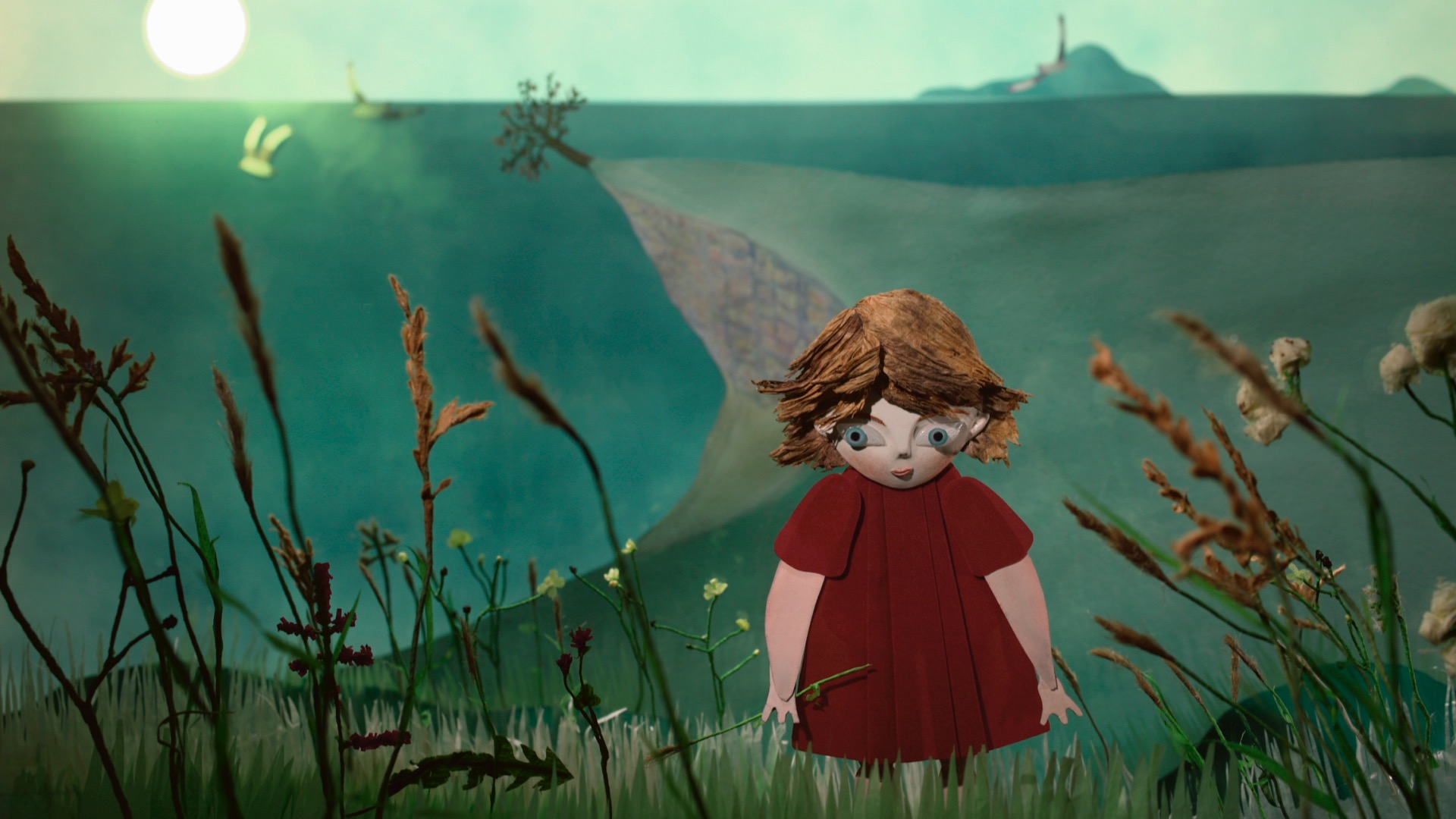 Elin: The film is a fairy-tale based on a true story from my childhood. My best friend and I had a secret burial ground for dead animals we found in nature. The animals, when buried by us, would come to life again in animal paradise, “Eternal Hunting Grounds”. The story’s visual world, flora and fauna is inspired by the nature on Giske island, in north-western Norway.
The film has several themes: childhood, nature mysticism and religion.
Transitions- not only the transition from child to adolescent, from innocence to innocence lost, or knowledge and self-understanding – is what interests me. In childhood, there are several such phases – one moves towards a more complex self-perception. The world gets bigger. There is something sad about this, at the same time it´s natural as the seasons; leaves on trees changing colour.
The children in this film base their games and reflections on their exposure to these ideas of good and evil, heaven and hell. They have taken these impressions and incorporate them into their games. The play “religion” in their own way, and mimic adults in the rituals in their games. Good and evil are abstract concepts to children, and in religion, the contrast between the two can seem black and white, without nuances. When this happens one can be scared of one’s own dark sides. The children in the film imagine their way to a clear logic where they are good and hunter is bad. But when the girl finds the hunters instinct in her, she experience it first as something frightening and become filled with guilt. But this leads to an awakening. The human soul and our actions are complex. Actions have consequences, and the ability to see oneself and one’s own nuances is part of ripening as a person and becoming “new”. 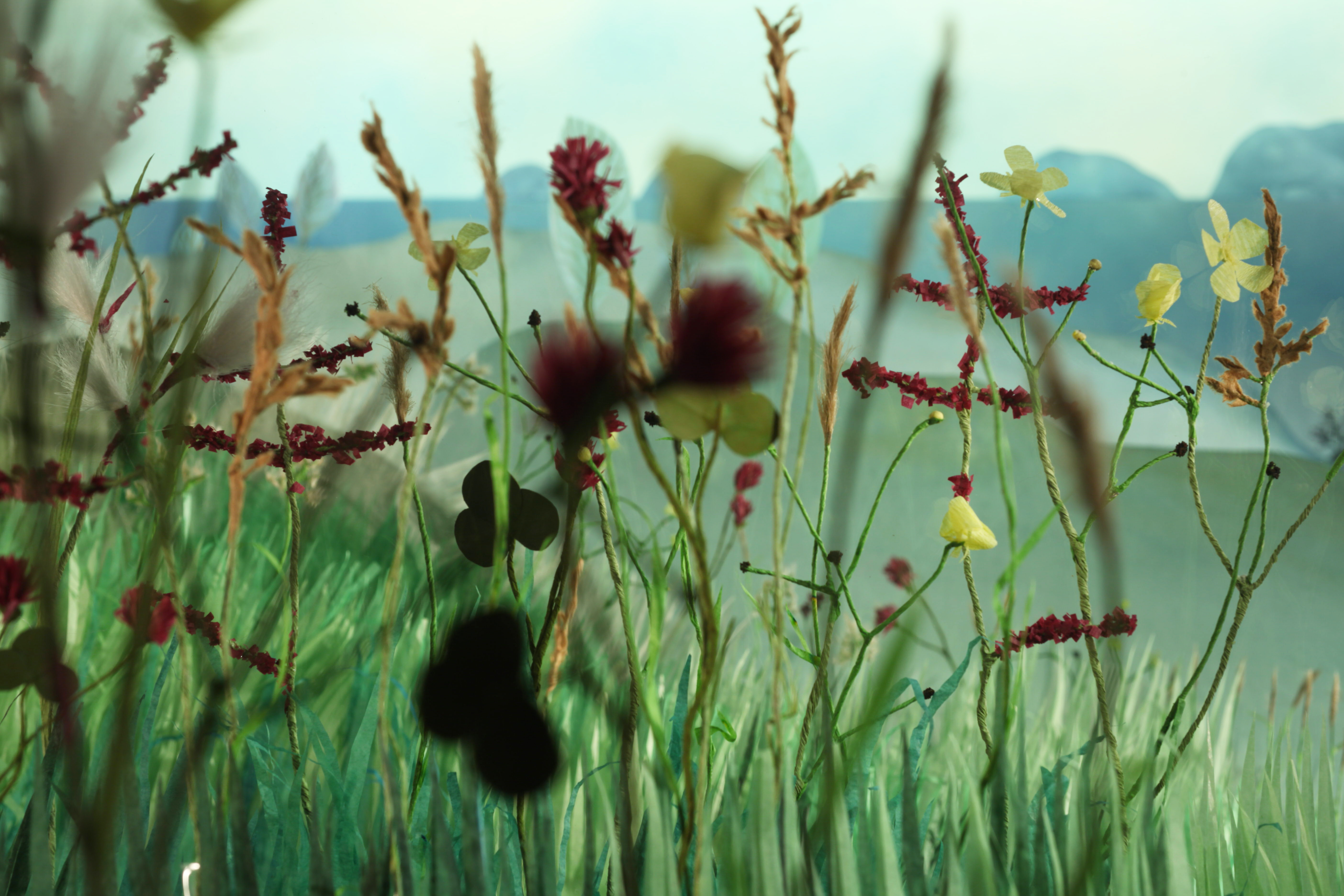 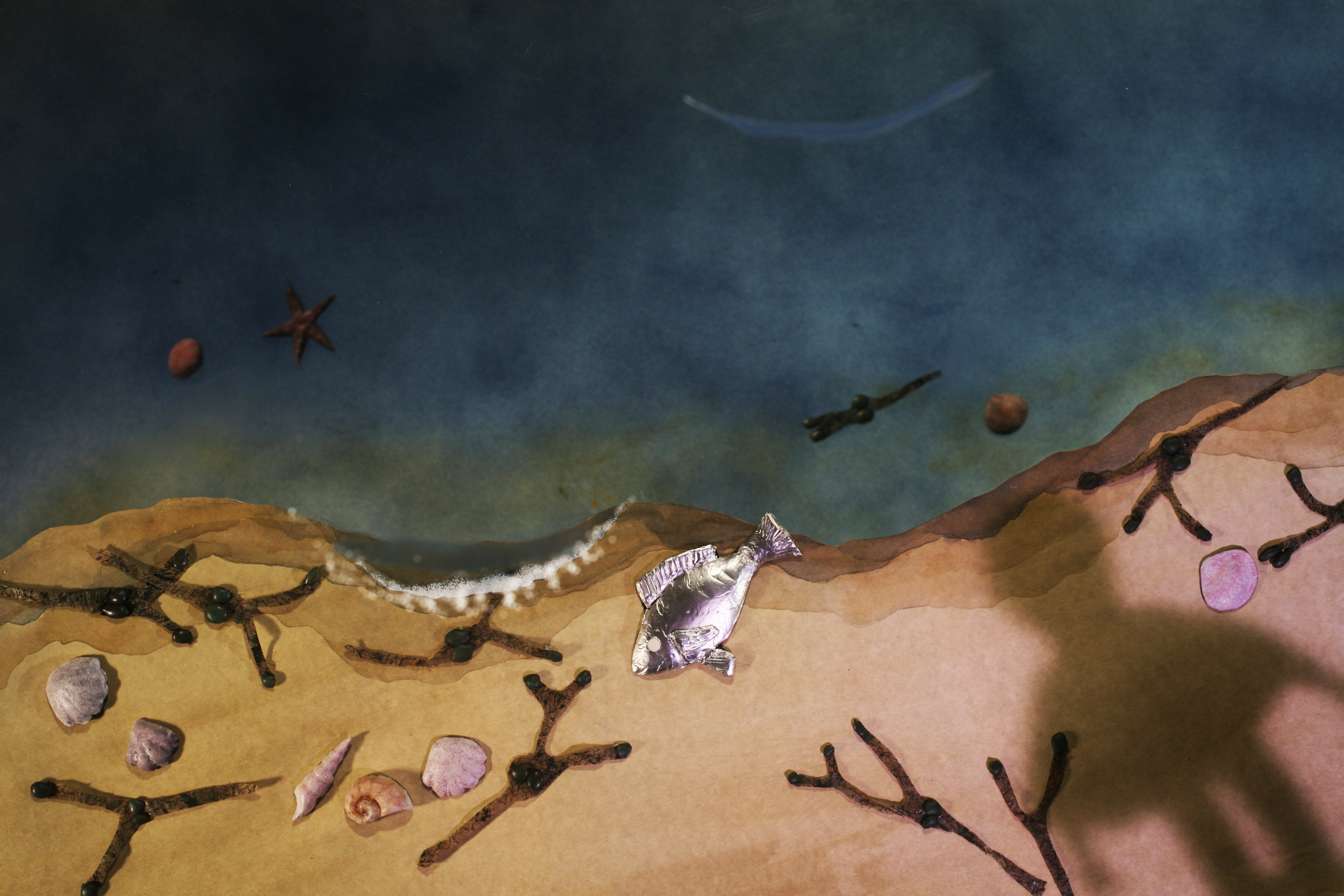 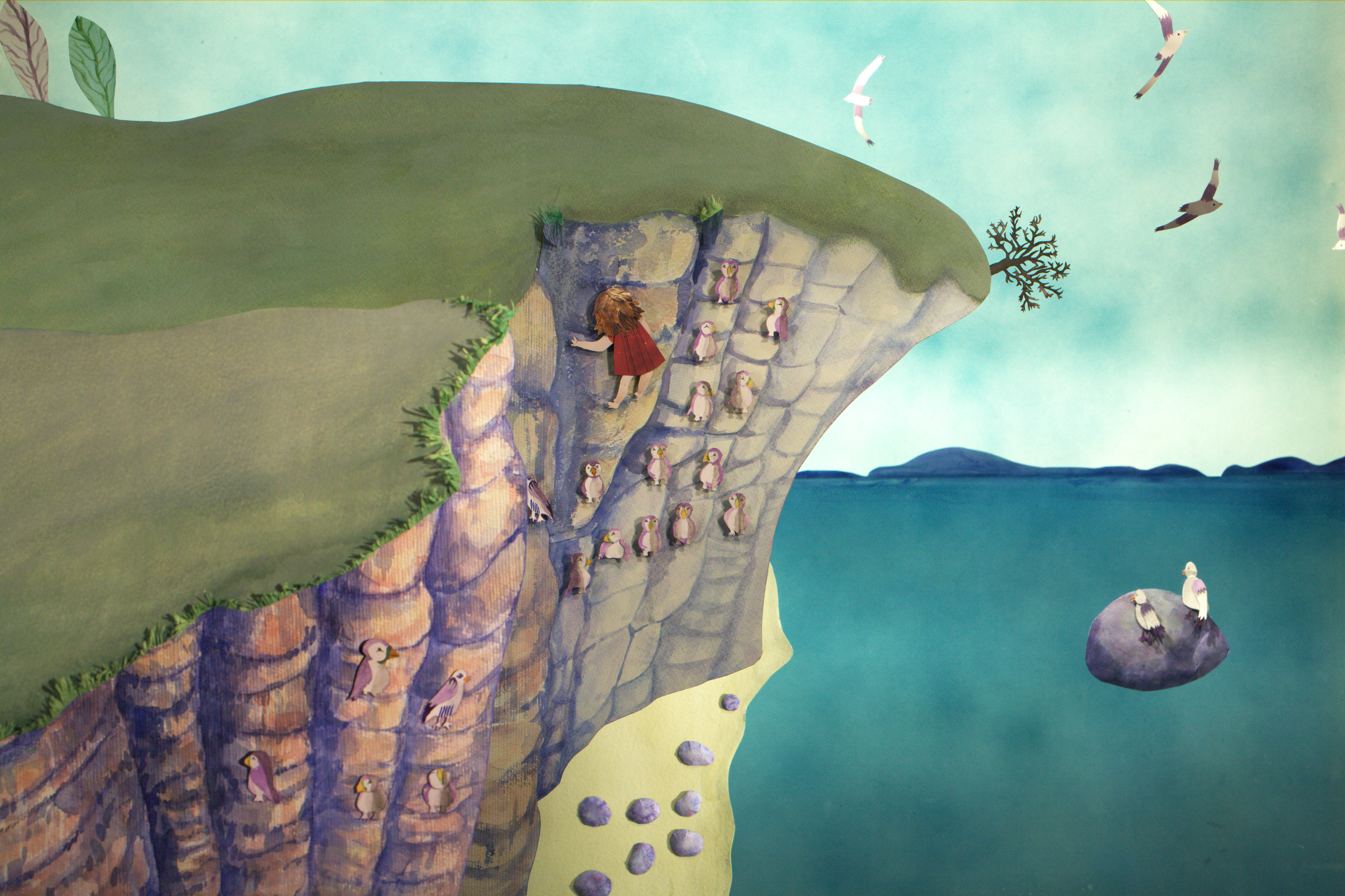